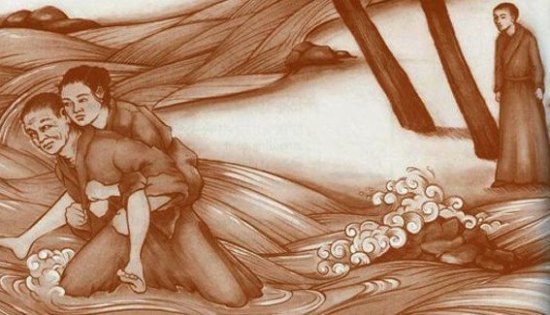 Let’s begin with a joke…

Two traveling monks reached a river where they met a young and pretty woman. Wary of the current, she asked if they could kindly carry her across. One of the monks hesitated, but the other quickly picked her up onto his shoulders, transported her across the water, and put her down on the other bank.

She thanked him cordially and departed. As the monks continued on their way, the one who hesitated to assist the beautiful princess was brooding and preoccupied with the matter. Unable to hold his silence, he spoke out, “Brother, our spiritual training teaches us to avoid any contact with women, but you picked that one up on your shoulders and carried her!”

“Brother,” the second monk replied, “I set her down on the other side, while you are still carrying her in your mind.”

This is true of the errors many commit in practicing meditation and other methods that are supposed to serve as accessories to higher realms of experience of Nirvana.

Basically, the secret of meditation is not to be found in the method but, rather, in the results of the method if done properly and with proper discrimination of all situations. The one monk lacked in compassion and that becomes his pitfall. Meditation is incomplete without compassion and loving-kindness. This is why you find people who spend decades in the temples trying to attain Nirvana but they never succeed because the dynamics of Enlightenment are very intricately intertwined, hence elusive to many.

To be able to transcend the obstacles it is of most importance to realize that detachment is purely supposed to be limited to the mental level. The physical is supposed to act just as a guide to help the mind enter stillness. The story above about the Zen monks can be very helpful to us in many ways. For example drinking beer shouldn’t interfere with your meditation if you have attained detachment at a mental level. The same concept cuts across all other experiences we go through.

Proper meditation is the door to the Supreme Divine.

A digital age enthusiast, an essayist, a finance and business enthusiast View all posts by Philip Ruskins

25 thoughts on “The Lost Keys to Meditation”

Search a subject in this site